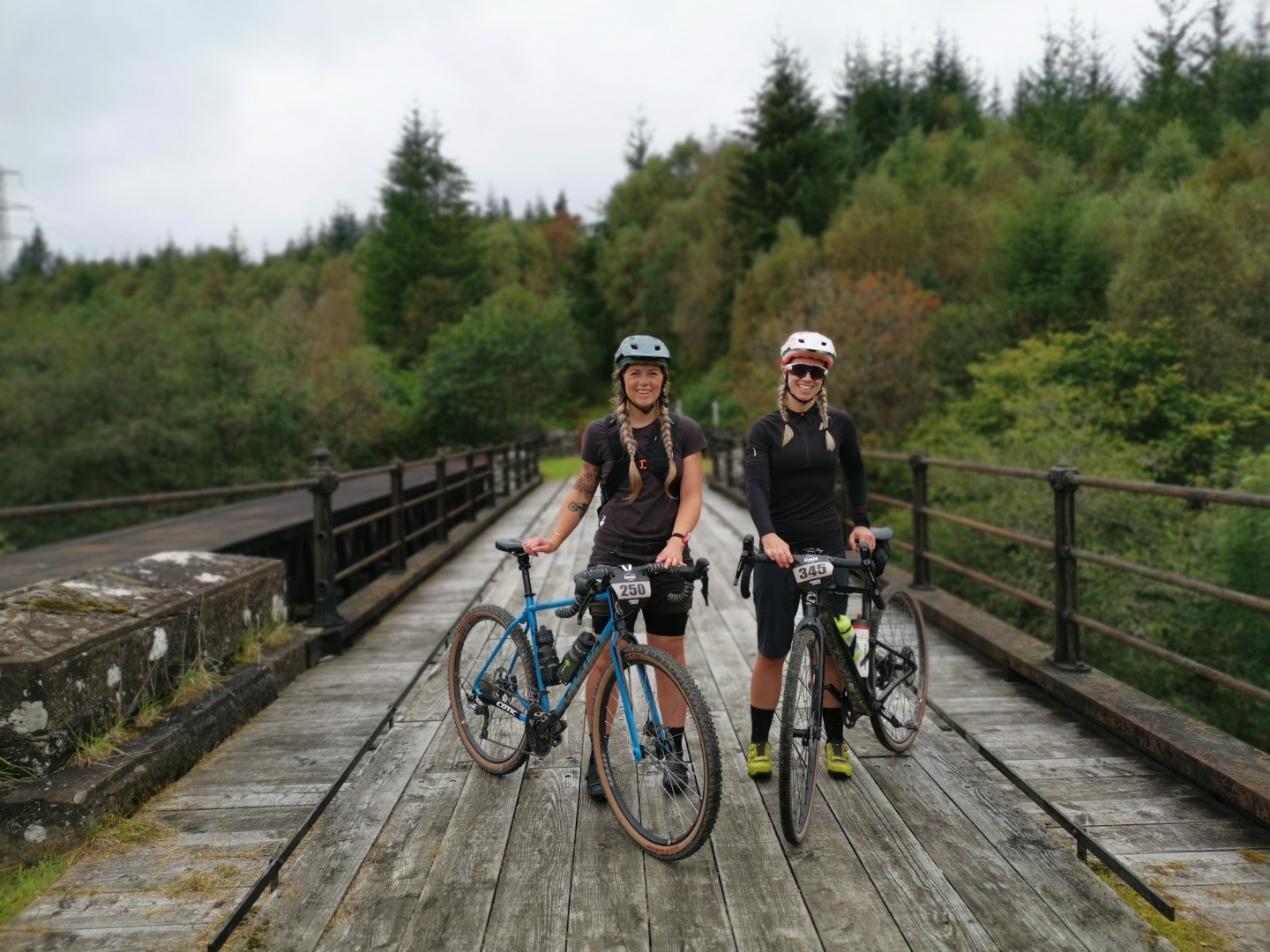 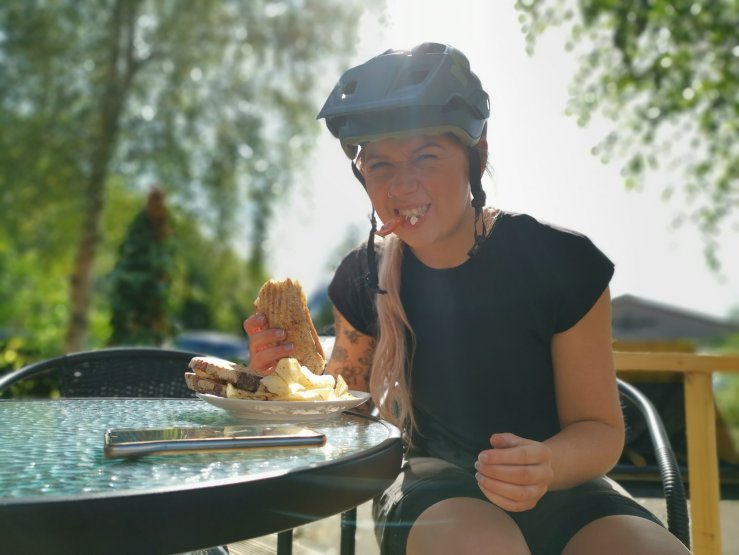 Aberfoyle (now aptly renamed Abergravel for the weekend) was home for the mega Dukes Weekender Gravel Enduro back in September. The event kicked off on the Saturday with the famous hill climb, and I won’t lie – just looking at the thing made me tired, so I decided to spectate and write motivational script on the tarmac to keep the competitors moving.

The crowd was pretty wild and all ages came out to support, even local residents gathered on the pavements and verges to join in on the fun, which was awesome to see. Half way up the climb you were met with a band and bar which I thought was a great idea. Every rider that came through this check point was cheered through. Buzzing atmosphere to start the weekender.

Sunday, race day – It was a cold morning. As the race started it initially looked like you were about to take part in the hill climb, only with no choice this time, thankfully not for long though (phew) and you were quickly directed off by a lovely marshal up a gravel track through what looked like the local woodland park. The event was super popular, but you weren’t often tangling with other riders which was nice, no big crowds, no dodging, no getting in the way (what I usually do) and no pile ups. A gradual climb up and out of the woods lead to more exposed gravel tracks and on to the first timed stage.

My first timed stage gravel race – I’d done a bit of research on what it entailed and done a few enduros so I wasn’t completely unprepared. There were few other friendly riders collected at the top, all egging each other on to be the one to drop in first! I carried my bike over a log which marked the start line, heard a beep-beep and I was off!! This stage was basically all downhill, super loose and fast gravel. The entire time I kept telling myself to keep off the brakes and trust my WTB Sendero tyres. It was so much fun, so fun it lulled me into believing that the race would be as easy and as enjoyable as this stage (FYI I was wrong).

After what felt like forever and a day we arrived at our second timed stage. This one was memorable to start with, swooping like a roller-coaster, hard packed with some nice features, right up until I found a rider head-first down a bank in mud and water with his bike still attached (awkward). I didn’t need to spot him, because he yelled “STOP” very clearly as I shot around the corner he had binned it on. I helped said fellow rider, despite him forgetting his manners, he then dusted off his knees – he clearly wasn’t dead, so I said “see ya” and then I was back off on my merry way. Having lost all momentum, the stage was pretty hard going!! Up and down, pedally and super long, I finished it barely breathing, but still smiling.
We then wandered off to stage 3, which I have chosen to forget! It was a steep, sharp gravelly walk, the only way was up and didn’t I know it! 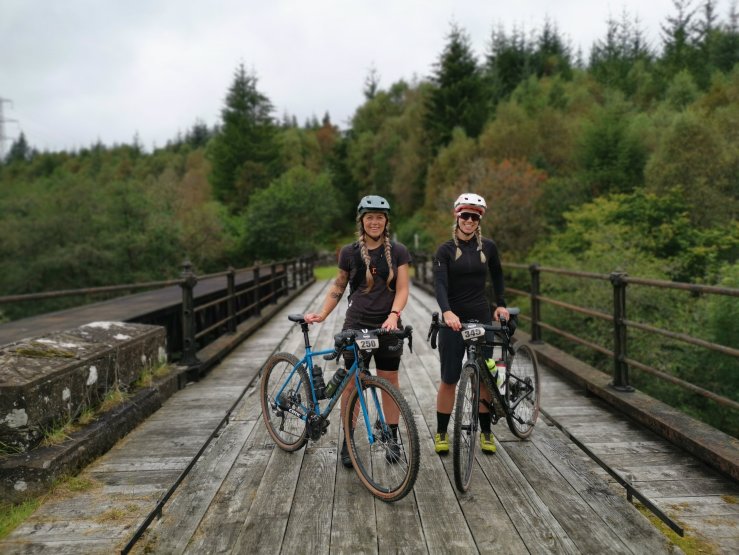 The transition to the next stage was again long but beautiful. Every marshal you shot past was full of smiles and enthusiasm. I caught up with some other riders and we chatted along the way, no pressure to push on just enjoy the ride. Stage 4 was similar to stage 2, pedally, long and painful. After giving it some effort 3km in, the final 1km was more of a chance to catch my breath on a long and fun downhill to the finish.

Stage 5 was quite comical, 4km of pedaling that leads you into a false comfort that it’s going to all be downhill swooping gravel with some snappy corners. Not the case. After whomping down a descent for what seemed like enough to fill a stage, you are met with the most disgusting climb. I shot into my easiest gear and had words with my legs. The marshal on the peak was the most enthusiastic, which gave me reason to grin through my grimace. And once I reached the top I was met with a handful of gummy bears, what an absolute treat. The view over Loch Achray was arguably, almost, probably worth the pain.
After yesterday’s bimble around, I’d become familiar with my surroundings and had a new lease of life and skip to my pedals to stage 5. 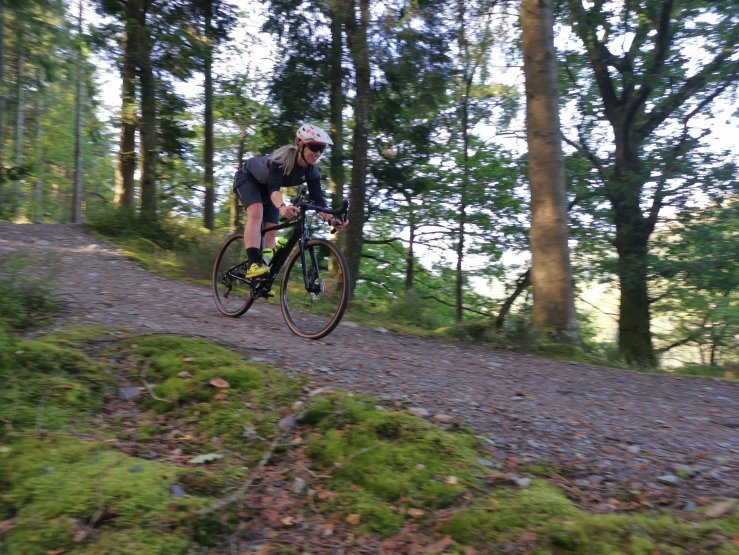 Stage 6 – what a treat. This trail is what I’d say was my interpretation of ‘gravel’. Swooping singletrack on semi-manicured trail with some technical features to keep it spicy, 🌶️🌶️🌶️ chilis when dry, 🌶️🌶️🌶️🌶️ when wet. The majority of the trail was downhill to flat, but then you’re met with a sharp and shocking little punchy climb, which I attempted to attack but failed miserably, so resorted to jumping off my bike and having a little jog – my legs weren’t up to that so I slowly giggled up it, walking my bike. 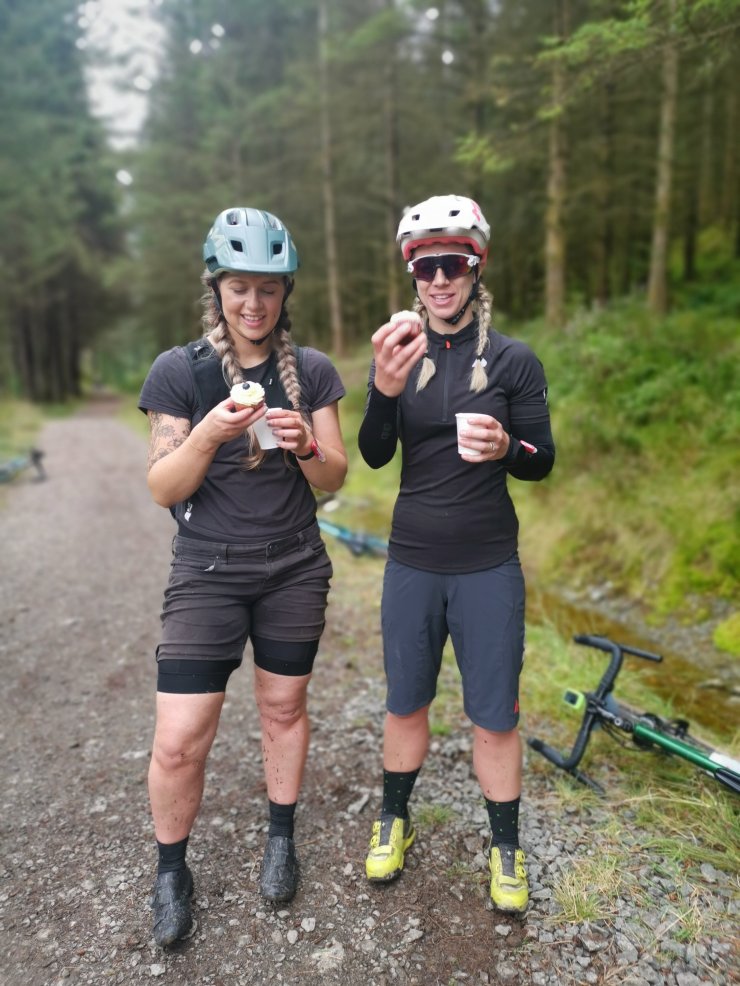 What’s the best way to end a race stage? Tea and cake? What a delightful idea. I stood and munched on a flippin’ lovely cake, sipped on my brew and looked around at all the faces of the other riders, all absolutely buzzing. Steady ride back to the finish, marked the end of a grand race.

At the event village I handed in my transponder with great delight and grabbed a Duke’s beer to celebrate.

Check out the ride on Komoot.