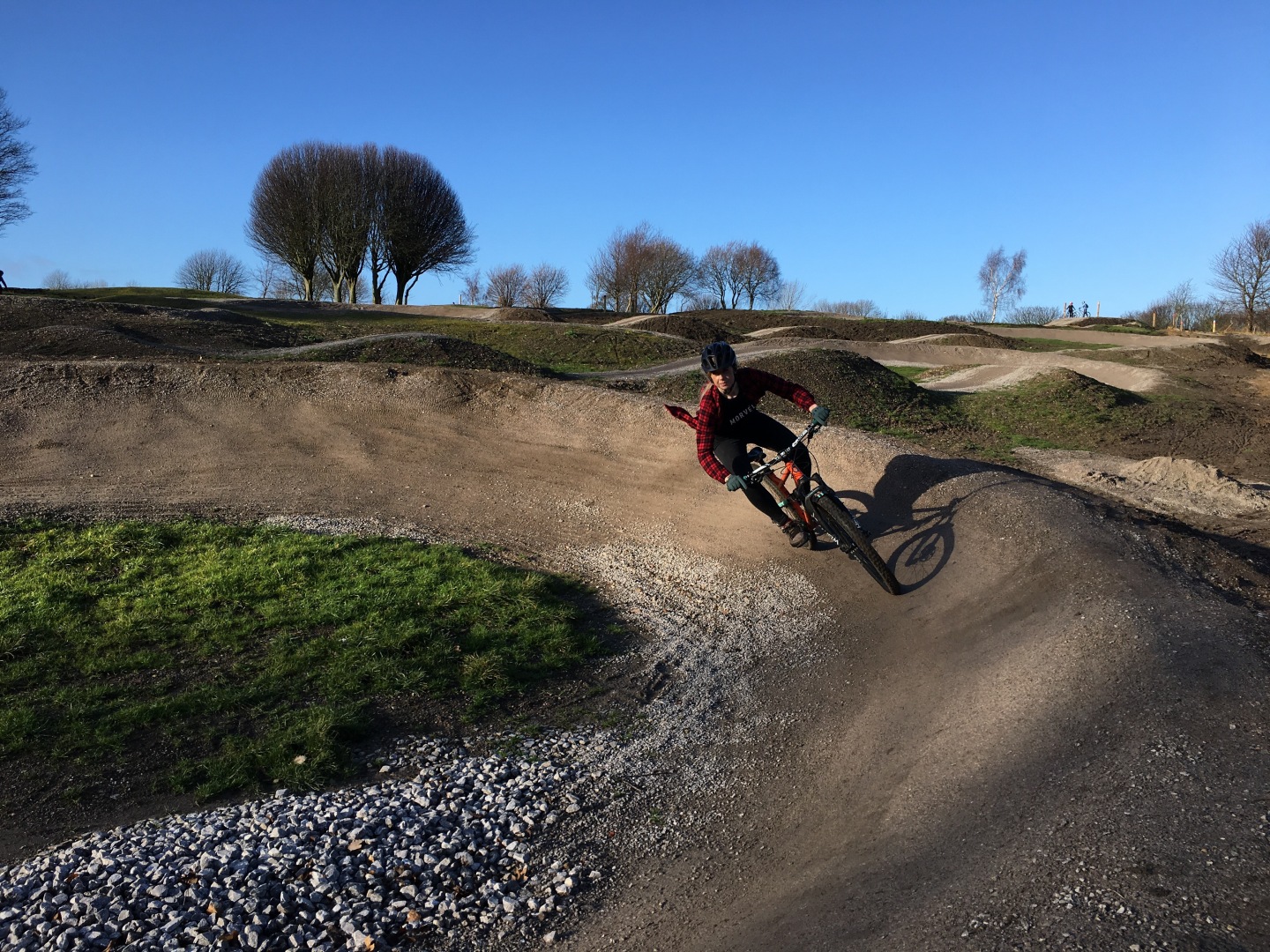 WELL, what haven’t I done? From learning how to ride my bike in slop and snow, to a visit to Leeds Urban bike park and then helping the Hemlock dig crew out, it’s been a very fun week!
New year, new me kinda vibes going on. Thought I could keep myself motivated on my blog by committing to posting at least once a week. So here goes!
New Year’s Day, seems like a distant memory now after being back at work. Liz and I went for the first ride of the year on two of the local hills. It was cold, it was wet, but it was very very fun. 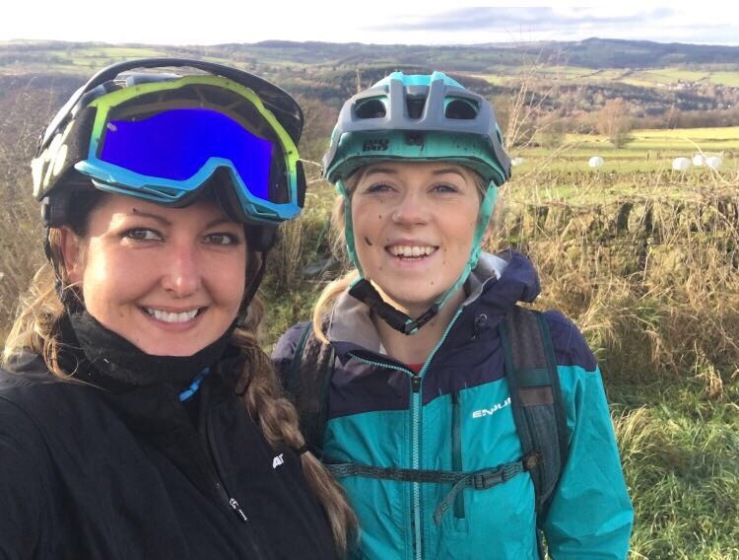 Spent a bit of time sessioning some delightful ruts and turns, and trying to keep off the brakes! It’s so tempting to slam on the brakes at every ‘uh oh it’s slippy’ moment, but I usually have Aiken’s (my coach/bf) voice in my head ‘OFF YOUR BRAKES!’ I’m trying to listen, but I’m pretty stubborn.

Fridays ride out to the local was pretty special. En route to the trails it was raining, which is fine as I found out a while back that I wasn’t made of sugar. I met the lovely Hattie and we set off (one of the best aspects of riding my bike is getting to meet cool new people!). The rain turned into sleet and then into snow, and it settled! 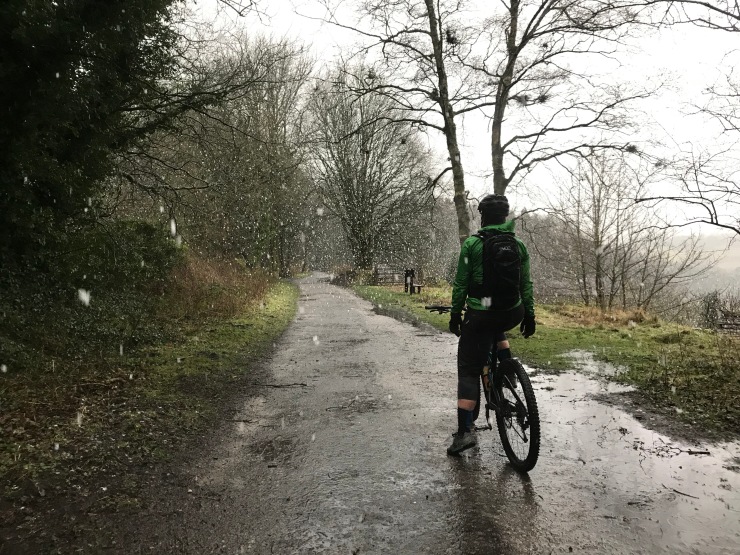 So by the time we reached the trig point it was a winter wonderland. LUSH!

The first snowy descent was pretty interesting. I turned off my brain and hoped for the best and with some good direction from me, I let my Rocket do its thing. Super slippy, super fun, I do really like riding in snow! The only downside was how BALTIC it was. And being the friendly, approachable gal I am, chatted to a walker for a bit too long and let my fingers turn into icicles. 7k later, with no feeling in my fingers OR toes, Hattie and I were sensible and decided to call it a day, but pleased that at least we got out!

Leeds Urban Bike Park.
Daniela and I were in the area (of Leeds) and thought we’d go and have a look at Leeds Urban Bike Park. With a pump track (Just read somewhere that this is actually a ‘kids’ pumptrack, which makes more sense, I did feel like a giant on it), BMX-style skills course, 2 mountain-bike trails and jump line, we had a lot to check out! It was very busy, and it was cool to see so many people out, especially kids with their parents. With it being a windy day the BMX track was really hard work, and a lot more pedaling than I wanted. Jump Line was interesting- I found myself changing gear and pedaling uphill half way down the line (I’m not an experienced jumper and probs could have gone faster but it was a bit strange). I struggled to find much stoke. Also mega spoilt with the amount of great pumptracks where I live, so think I would rather do a tour of them rather than a mission to Leeds in the future. HOWEVER, Daniela and I always have fun, and lots of fun was had.

Hemlock Trail Association
I Love Hemlock. And you will too. Hemlock is a little hill in Nottinghamshire with council approved trails. So digging trails that aren’t going to be knocked down is pretty sweet. Check out their facebook for news on arranged dig days.

With over 20 folk digging today (5 of which were ladies- Sundays are FERDA girls) it’s a great social outing, and bring your bike along for a shred in-between a dig, sounds good doesn’t it?
HEMLOCK ASSOCIATION BLOGPOST COMING SOON!
Anyway, after a good 4 hours of digging, and being the only girl left on the hill, I went for a ride with da boyz. Here, I found myself sessioning some very muddy turns, ‘trying’ to go faster and keep off my brakes and lean the rocket in at every new attempt.

Although riding with the boys or better put- people faster than me, does make me feel super slow and rubbish, it definitely helps me improve. Every new trail blast I found myself going that little bit faster and feeling better on my bike, so note to self- do this more often! So I left Sunday on a buzz, after a dig, some great company, good cups of tea (yummy homemade brownie from Alex) and a fun sunset ride, what a delight.