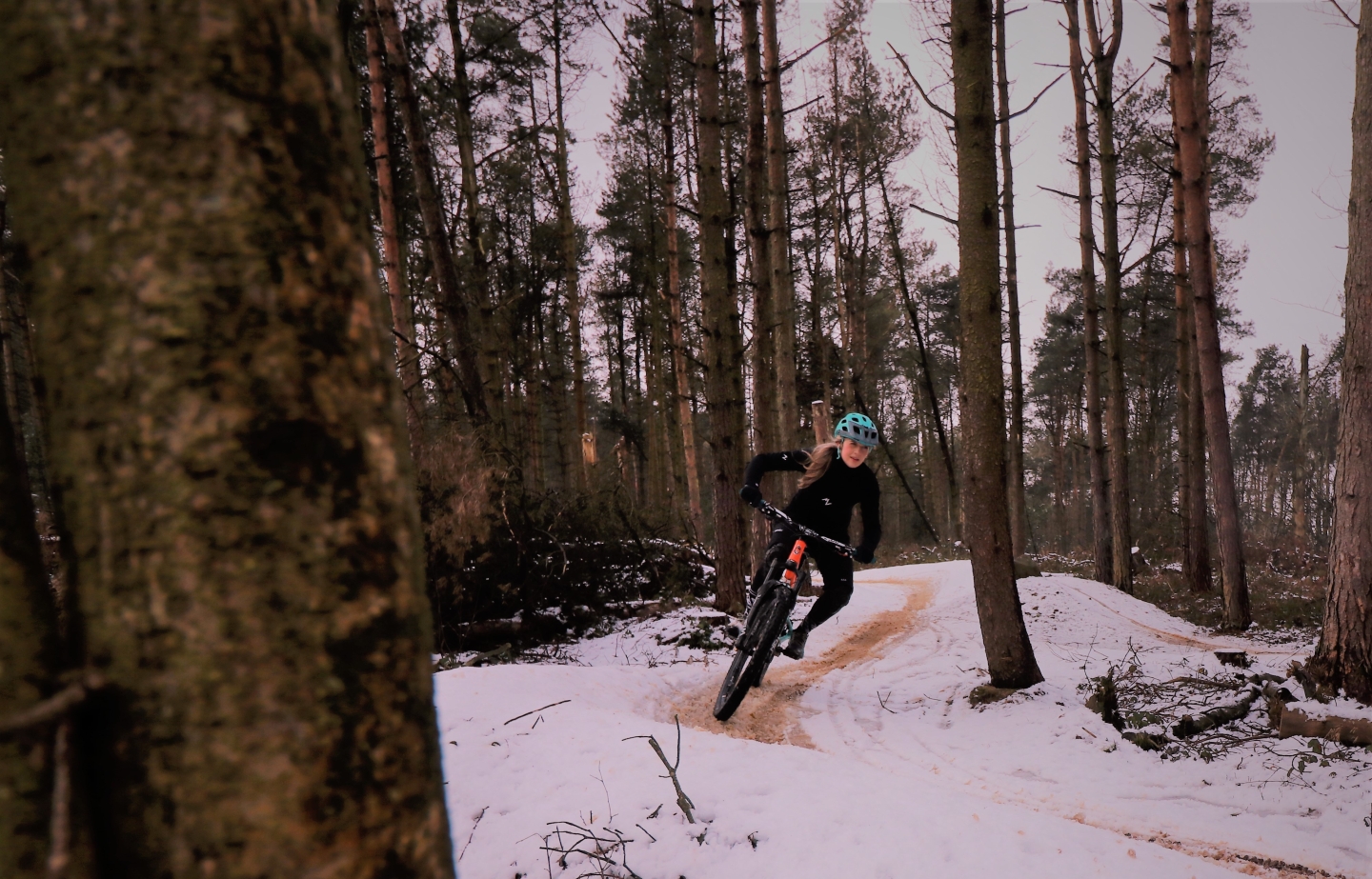 I took part last weekend in Sheffield’s third annual Outdoor Weekender event. It was my first time and it was awesome.

After meeting the mayor on the Thursday for International Women’s day followed by a snowy ride up at Lady Canning’s (which is closed btw now until the 25th of March) my weekend had already begun!

Lady Canning’s, if you already haven’t visited there, it’s worth it for sure. Ride Sheffield have worked incredibly hard to create, build and maintain this awesome riding spot. Sheffield City Council backed, with support from Go Outdoor, Norton Mayfield Architects, Cotic, Avanti and built by Biketrack.  It is located on the edge of the popular Houndkirk Moors byways and bridleways, so you can easily incorporate it into a bigger ride, or just pop over for a power hour. I usually park on Sheephill road and the nearest postcode-S11 7TU. There are two trails, Cooking On Gas and The Blue Steel. Both are graded at blues with no mega features and jumps that will scare off a novice, but don’t let this put you off, it has the most delightful berms and there is lots of fun to be had!

Raffa Bek photo
DAY ONE- We met with other influencers taking part in the event at Tamper (delicious food, cake and coffee) and planned our weekend ahead. Amongst the group I chatted to Oliver, the face behind the bars of @behindhandlebars the global bicycle explorer, and Andy from Bikevibe which ” is a semiannual city journal that aim to portray cities from cyclists point of view”, cool right?

We planned our weekend (with a little help from the Cotic Grit and Steel map) and after lots of chats about bikes, life and Sheffield we then headed to the showroom for the Sheffield Adventure Film Festival. First we sat and listened to a talk about Mend Our Mountains , the campaign is aiming to raise £1 million for vital path repair projects in 15 National parks! Sponsored by Cotswold Outdoor and Snow+Rock, for someone like myself, who values the hills, mountains and landscapes of Britain (who doesn’t?) it was a very good and insightful talk. #MENDOURMOUNTAINS.
ShAFF had an amazing amount of incredible films on show throughout the weekend. We watched the Adrenaline Shorts film session which was an amazing screening of a wide variety of spectacular adrenaline fuelled sports. My favourite ‘Tall Bikes Will Save The World‘.
DAY TWO- #DUALRULES. Registration was at 2pm, already pretty anxious I arrived to a busy Howard Street. For the first time, I could spot the female riders fairly quickly. 16 women had entered the race!

I like to call myself an adventure-mountain-biker, I enjoy the climbs, views and exploring aspect of my sport- so racing is not really my ‘thing’. With the field impressively stacked, and lots of people there to watch, I was incredibly nervous! I spotted Hanna, and after a chat I felt relieved that she was also feeling a little nervous, not just me (phew).
Once registration was done, I had a chat with Jessica Howell, Co-creater of NRTH LASS a print magazine celebrating the best of female talent in the north of England ‘on a quest to prove it’s not so grim up north’ (I like that). One of the first questions she asked me was whether I was excited to race, to which I replied with, “NO!” ( or maybe GOD NO!). Which then made me think, why was I racing? I’d been invited race, and I love riding in Sheffield and love what this city has to offer the mountain bike community. So, I was racing because, although very daunting, what an awesome event to be a part of, I mean how many cities would allow a Dual Salom race take part through the city centre? 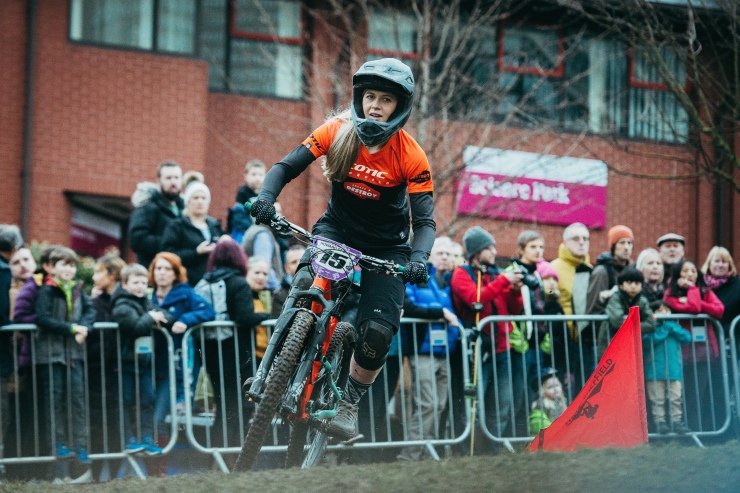 A quick rider briefing of the do’s and dont’s and practice had begun. During which I awkwardly crashed down a lovely cornered stairway (NAILED IT). I then had a chat with myself, decided to shake off my nerves and just enjoy the ride (literally).

My first round after getting through seeding, I was up against the awesome Abi Lawton.  My chain came off near the start and subsequently I lost. Managed to bring it back in the second round, but Abi is a shredder and I couldn’t make up the time deficit! So, once I was out, I could go and enjoy the event with the spectators and get involved with the MASSIVE crew of supporters (and eat amazing vegan cakes from Tamper). 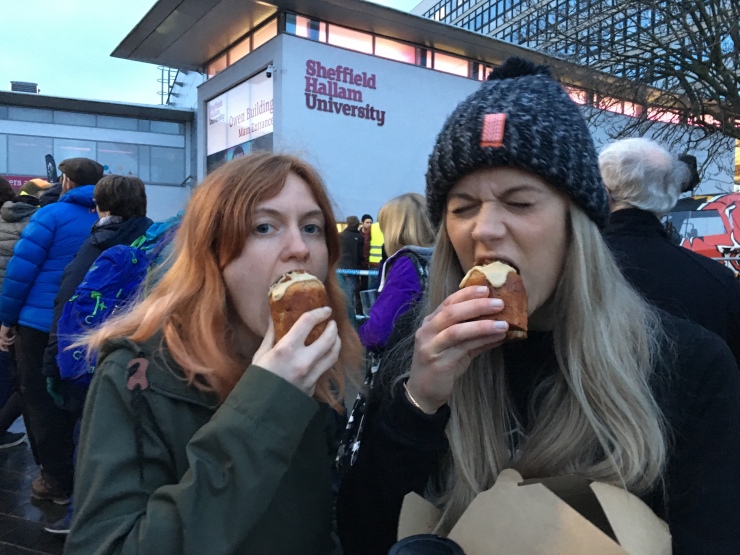 Amongst which were a mixed range of ages, young, old and in-between all there to witness this unique urban race. The head-to-head, two at a time, down a course in an exhilarating knockout-style is an amazing show. 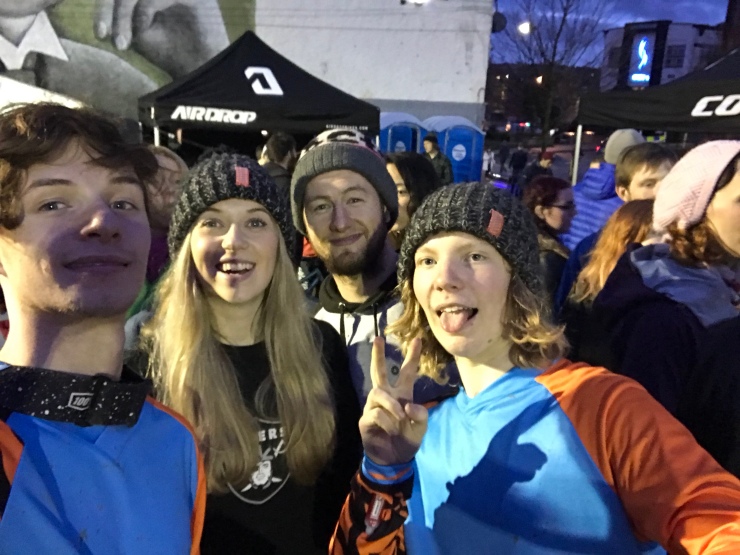 DAY THREE- Aiken and I went to Lady Canning’s where Cotic were having a demo day to pick a Rocket for Raffa and then headed to Wharncliffe. We were all pretty exhausted from the wonders of The Howard Street Dual but still keen to show Tina and Raffa Bek what more Sheffield has to offer. 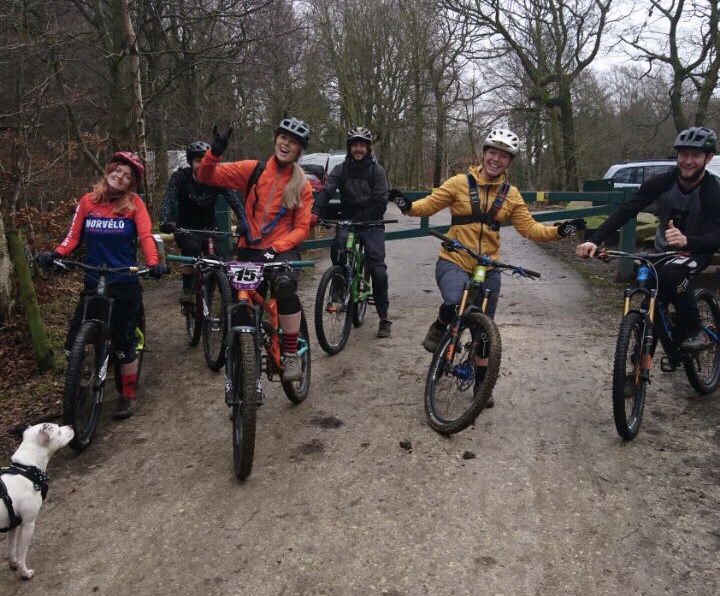 Wharncliffe, on the northern fringes of Sheffield has loads to offer, from single track, rocky and rooty steep descents and some spicy rock drops. Hanna was our tour guide and took us down some relatively steep tech, to which some I tripoded (laughing) down. Hanna also talked me through some of the features which I find really helps when I’m new and a bit nervous on a trail. We met up with the guys from Cotic and headed over to Mini Whis. Wharncliffe is right next to Greno woods which have been home for mountain bikers since before I was born. This is another very popular riding location in Sheffield, which holds events such as Peaty’s Steel City Downhill which brings hundreds of folks from all over to race and spectate. 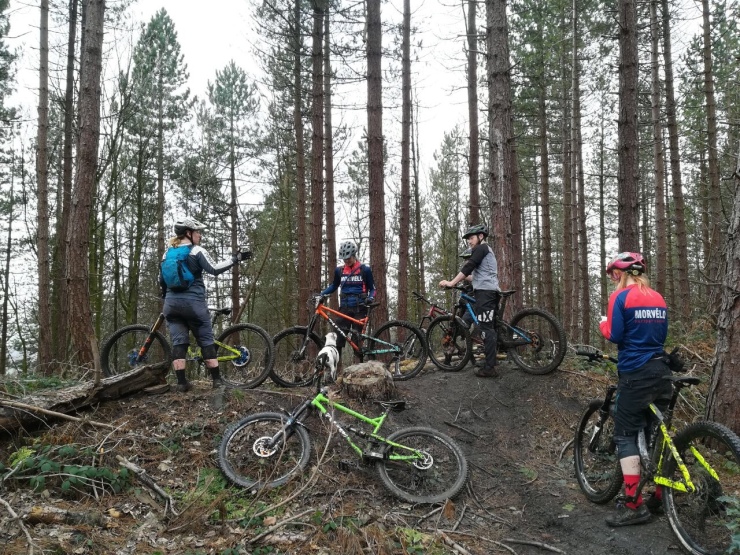 Sheffield Outdoor Weekender sure did deliver! From riding the amazing trails Sheffield has to offer, meeting lots of cool new people, Adventure Film Festival (ShAFF) and Howard Street Dual I was flat out having fun. Cant wait for next year and to try out maybe The Magnificent Seven Hill Climb Challenge? Better get riding up some more hills! 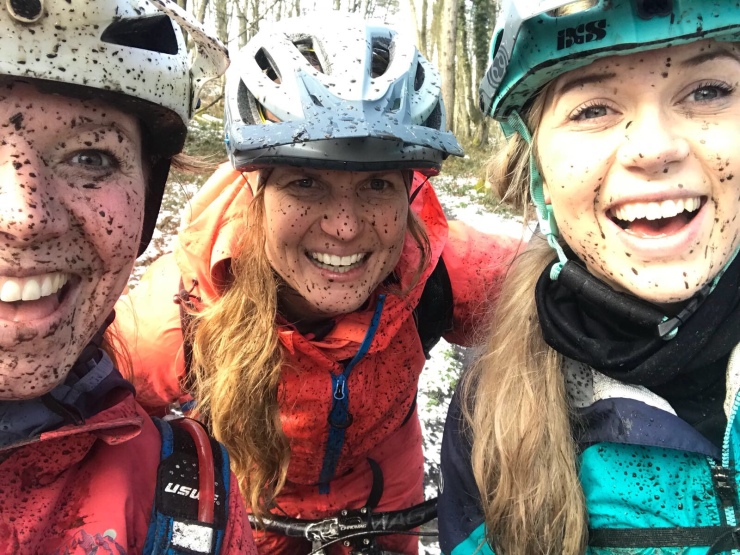